With over 1,000 foreign nurses moving to England each month, international recruiting continues to play an important role in tackling nurse shortages. Breastfeeding time explores what supports are in place for these recruits and whether more needs to be done to ensure they get the career opportunities they deserve.

The government has pledged 50,000 more nurses by 2025, thanks to improved recruitment and retention. However, by mid-2021, vacancies for nurses in the English NHS stood at around 39,000. The result is that ministers are increasingly looking abroad for part of the solution.

“They’re going to a new country, a new health care environment; they leave families behind, so we are well aware of that.

In February, the government eased restrictions on overseas recruitment by adopting the World Health Organization’s “red” list of 47 countries, where active recruitment cannot be undertaken ethically. The move, which unions say must be implemented fairly, replaced the previous more restrictive list of 152 countries held by the UK.

Meanwhile, Ruth May, England’s head nurse, recently told the Queen’s Nursing Institute annual conference that the workforce gaps need to be filled through international recruitment and that she ” would continue to welcome a very diverse workforce into our NHS “.

Jill Young is Quality and Business Manager at Solent NHS Trust, one of the selected pilot sites. She said Breastfeeding time the trust had so far planned to recruit eight nurses under the program and now offered a driver training program and a car rental service for overseas staff who needed to use a car to reach patients.

More broadly, the trust began work on international recruitment for its mental health services last fall and welcomed its first cohort of nurses in March. Some 34 nurses had joined the trust so far, with a target of more than 50 by the end of this year.

From the time these nurses are appointed, Ms. Young said the team “stays in contact with them on a regular basis.” “They’re going to a new country, a new health care environment, with new people; they leave behind families [and] so we are fully aware of that, ”she said.

Most were greeted by the team when they landed at the airport, then helped to move into new homes and greeted with food purchases and other necessities.

Ms Young also highlighted how the trust supports nurses’ clinical journey, including helping them pass the Objective Structured Clinical Exam (OSCE) – a practical exam that nurses overseas must pass to register in the UK. United. After completing the OSCE and a subsequent preceptorship program, she said she had the opportunity to complete a leadership and development preceptorship.

Internationally recruited nurses were always encouraged to apply for new job openings, noted Young, who noted that a nurse in the March cohort recently passed an interview to become a Group 6. “She is the first of many, I’m sure. ”Ms. Young added.

Susan Kurian was recruited from India to join Solent as a mental health nurse in August. She obtained her nursing diploma in 2006, before majoring in mental health a few years later. Demonstrating the depth of her experience, she was also a lecturer and was previously the director of a nursing school.

Ms Kurian had previously tried to join two other trusts in England, but felt there was a lack of support and that she was “not very happy” with their recruitment process. With Solent, she had felt more comfortable, supported and communicated with, she said.

“I know people who are struggling elsewhere, but so far things are easy with the support.”

“I know people who are still struggling now in other places, but so far if you ask someone from our cohort, it’s easy with the support,” she said.

Having passed her OSCE, she was currently awaiting her PIN and would be ready to start as a Band 5 nurse in December. Mrs Kurian said Breastfeeding time that after seeing the experience of other nurses recruited from abroad in the trust, she felt confident and “assured” that she would receive the support necessary to progress and develop her career in England. 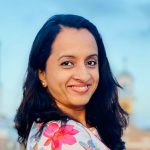 At the start of the coronavirus pandemic, there were times when the number of international members fell to almost zero due to travel restrictions and lockdowns, according to the Nursing and Midwifery Council (NMC).

Despite this, professionals outside the European Economic Area accounted for more than half of the register’s total growth between April 2020 and March 2021. During this period, those trained in the Philippines and India continued to constitute the register. higher proportion of new carpenters.

Beverley Sawer, chief recruiting nurse at Barking, Havering and Redbridge University Hospitals NHS Trust, worked to support overseas nurses in their transition to the NHS, something which she said has been made ‘quite complicated’ sometimes due to the pandemic.

The trust continued to recruit internationally throughout the past year, and as of April 2020, approximately 120 critical care nurses joined the overseas team. By April 2022, he plans to have recruited nearly 500 international nurses in just over two years.

During peaks of Covid-19, nurses were virtually interviewed, had to self-isolate in government-approved quarantine hotels, and had to take their OSCE exams in large conference rooms far from being trusted.

To accommodate them in such difficult times, it was important to have regular virtual meetings and a member of her team available seven days a week for advice and reassurance, Ms. Sawer said. 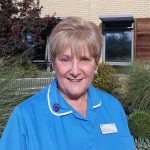 Looking ahead, Ms Sawer said work is underway to create a new path of career progression for nurses overseas. On a positive note, she said that “every week” nurses overseas were promoted to Group 6 roles.

But she added: “I think the [internationally educated nurses], with all this previous experience, needs a development type program.

Part of NHS England’s international recruitment program aims to ensure that nurses’ previous experience abroad, like that of Ms Kurian, is recognized.

Earlier this year, the British Indian Nurses Association (BINA) and the Filipino Nurses Association UK (FNAUK) were among the groups that received grants from NHS England and the Florence Nightingale Foundation (FNF) to expand the support they offer.

BINA helped thousands of nurses stranded in India with travel restrictions during a devastating wave of Covid-19 earlier this year, while also providing video training calls to improve the skills of intensive care staff in the country. It also continues to offer various wellness and pastoral care initiatives to its members in the UK to help boost morale.

BINA executives felt it was wrong for nurses with years of experience to start at the bottom of Band 5 as if they were newly qualified.

Suresh Packiam, general secretary of BINA and senior mental health nurse, said that “only a handful” of trusts across the UK have given nurses overseas “average or higher” salary at national level. band 5, although some have more than eight years of experience. . This situation needs to be corrected, he said. Breastfeeding time. 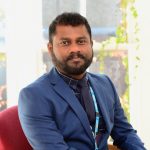 The emphasis on recognizing the experience of many nurses overseas was also supported by Maya Guerrero, FNAUK Regional Director for the South East and NHS Supply Chain Specialist Clinical Manager.

The association, launched last year, supports more than 2,000 members. It provides a platform for nurses from the Philippines to network and refer them to further assistance if needed.

When she arrived in the UK in 2002, Ms Guerrero said it was true that ‘we started from the bottom’ and often lower than Group 5. She felt it was positive that Filipino nurses now have the association and clinical pathways in their trusts to help support career progression.

Currently at Group 8B, she said, “I was assertive enough to find my own path and I had mentors to guide and support me, but I didn’t really have a path to follow.”

But she pointed to data collected by FNAUK which suggested that of more than 33,000 Filipino nurses on the UK registry, only about 30 held roles above the 8A band. 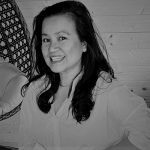 With the support of NHS England, the NHS Improvement and the FNF, the association was trying to tackle this problem head-on. For example, he offered interview skills workshops to help ’empower’ colleagues to come forward for promotion and to help them perform well in the interview process itself.

Once nurses overseas were registered with the NMC, she felt there should be “consideration of your level of education or training.” She said: “This is a part that we are trying to fight for, to… make it fairer for everyone, at least get us reassessed… and see the capabilities of the person.” 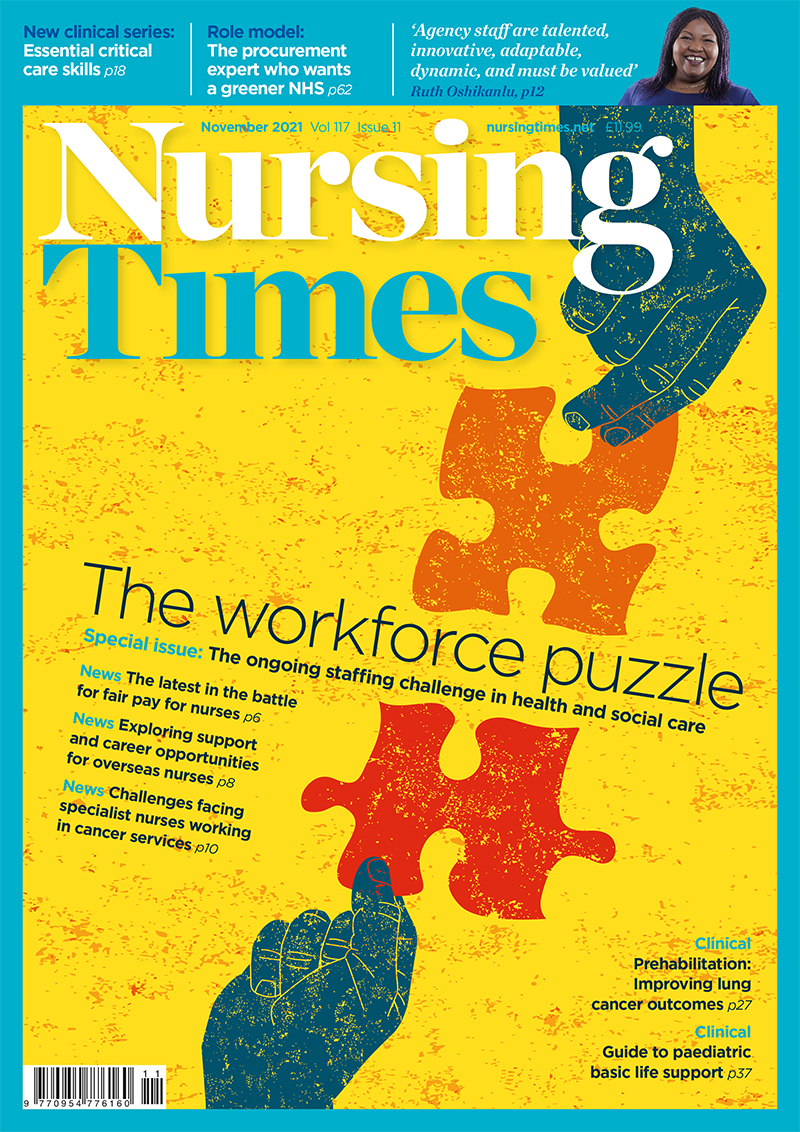 This story featured in the November print issue of Nursing Times, which themed nursing workforce issues to coincide with the Nursing Times Workforce Summit and the 2021 Awards.

Other stories in the issue included: